If you took a minute to scroll through my iTunes library, you’d probably have a hard time figuring out what music I’m into.

Because I literally listen to a little bit of everything

…except for country music. Yuck. Honestly, I think every song sounds like a whining Beagle. No offense Carrie Underwood.

You’ll find a little bit of R&B, hip-hop, throwbacks, gospel, dubstep, rock, slow jams, film scores. You name it, I probably have something close to it. I know that it probably sounds like I have a touch of music bipolar disorder, but really I just enjoy how each genre makes me feel.

But up until this weekend, if you would have asked me what EDM music was like, I probably would have painted a picture of EDC in Las Vegas.

I really had no idea.

I had always thought that raves where huge concerts with people in weird costumes, covered in plastic beads and dancing like crazy due to the seizures they got from all of the bright lights.

I mean, looking back, that’s pretty narrow-minded of me but other than what I’d seen on TV, I didn’t have much insight.

I also thought that raves were strictly for white people. I couldn’t imagine a black person being caught dead at one of those things.

Again, I was being a little judgemental. *Smacks hand*

So when a good friend of mine invited me to join her at a rave last weekend, my inner voice immediately shot it down.

“That’s not my crowd. How do I dance to that kind of music? What the hell do I wear? I have absolutely no glitter and not a single set of beads.”

But I am all for trying new things so going to this rave was definitely going to throw me out of my comfort zone. So of course, I couldn’t say no. I had so many things that I thought this rave would be like, but I didn’t have many expectations. And that was perfect. I want to tell you the five things that I learned from going to my very first rave.

5. There’s a vibe for everyone

The biggest myth that I had about raves was that it was pretty much only one type of music — loud beats and crazy sound. Boy, was I wrong! At our venue, there were at least four different stages, each with a unique vibe. There was an open mic for jazz style music, a more upbeat area, a stage with two up-and-coming rappers (who weren’t all that great but that’s not important), and a stage with chill music.

At any given time you were able to walk around and check out the different scenes. It was great because no matter what kind of mood you were in or the type of experience you wanted, there was something for you.

Okay, so I know that I said that I thought that the lights would be obnoxious, but they were pretty freaking awesome. There were tons of lights, a disco ball, and tons of people that were performing their own light shows.

My favorite was this woman that had an LED umbrella. Dude. This thing was totally mesmerizing. I would pay money to see a show with this umbrella. Call me lame or call me crazy, but it was so interesting to see with my own eyes. It looked like so much fun! 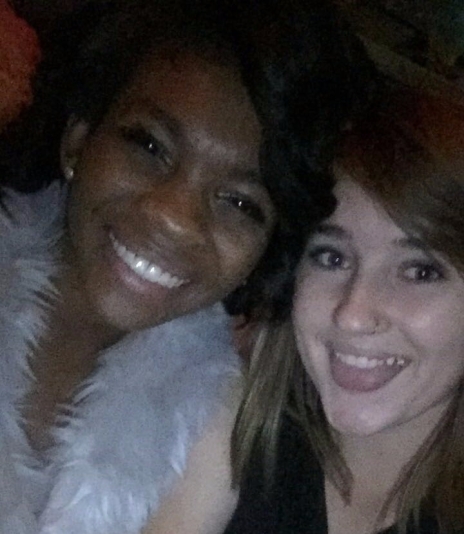 Another myth buster: there is not one specific “type” of person that I saw. Black, white, short tall, costume or sweatpants, there were people from all walks of life at this event. I was sure that I was going to stick out like a sore thumb being the newbie of the crowd, but there really wasn’t a certain way to be. You were able to literally come as you were.

Alright. So not everyone’s dancing was eligible for the next season of Dancing with the Stars, but I swear that everyone was dancing with no care in the world. I’ve never seen anyone dance so freely. There was no judgment. You were there to have an experience of your own and everyone was on board with it.

So screw it!  Get out there drop it like its hot or shake a tail feather. No one cares because at least you’re having a great time.

1. Everyone is SO FREAKING NICE

The most surprising and refreshing part of my experience was the community. Everyone was SO NICE. Like “wait, have we met before?” type of nice. Everyone introduced themselves, asked if I was having fun, gave me hugs, and I even was “inducted” with my first bracelet — I later learned that it’s called kandi. I haven’t been that excited to wear a handmade beaded bracelet since like 3rd grade!

I see that this community is centered around peace, love, unity, and respect so everyone was friendly and approachable. I wish more events or concerts were this kind.

So, I can officially cross ‘Go to a Rave’ off of my bucket list. And I have to admit, I had such a blast. I actually think that if I was invited again, that I wouldn’t hesitate to say yes!

Have you ever been to a rave? If you have, I’d love to hear your stories because I actually have something to compare it to now! If you’re a newbie like me, what things surprised you?